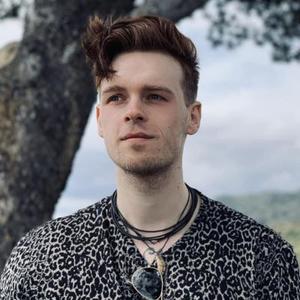 In this talk, I will present about the most recent advances in data-driven character animation and control using neural networks. Creating key-framed animations by hand is typically very time-consuming and requires a lot of artistic expertise and training. Recent work applying deep learning for character animation was firstly able to compete or even outperform the quality that could be achieved by professional animators for biped locomotion, and thus caused a lot excitement in both academia and industry. Shortly after, following research also demonstrated its applicability to quadruped locomotion control, which has been considered one of the unsolved key challenges in character animation due to the highly complex footfall patterns of quadruped characters. Addressing the next challenges beyond character locomotion, this year at SIGGRAPH Asia we presented the Neural State Machine, an improved version of such previous systems in order to make human characters naturally interact with objects and the environment from motion capture data. Generally, the difficulty in such tasks is due to complex planning of periodic and aperiodic movements reacting to the scene geometry in order to precisely position and orient the character, and to adapt to different variations in the type, size and shape of such objects. We demonstrate the versatility of this framework with various scene interaction tasks, such as sitting on a chair, avoiding obstacles, opening and entering through a door, and picking and carrying objects generated in real-time just from a single model.

Biography: Sebastian Starke is a Ph.D. student at the University of Edinburgh, School of Informatics. He received his B.Sc and M.Sc. in Informatics with distinction from the University of Hamburg. His current research focuses on deep learning for character animation and control, and is funded by the Principal's Career Development Ph.D. Scholarship. Previously, he was working as a research associate at the University of Hamburg, researching on evolutionary optimization for inverse kinematics and dexterous robotic manipulation. He was interning twice at Adobe Research in Seattle, and is currently interning at Electronic Arts in Redwood City. Sebastian has so far published articles at different conferences and journals, including SIGGRAPH, SIGGRAPH Asia, IROS, ICRA, CEC and TEVC. His research on character animation was featured in several media and press releases, including NVIDIA GTC and NVIDIA Developer, Adobe MAX, AAAS-ACM, GE Reports and Two-Minute-Papers. He is also an active publisher at the Unity3D Asset Store, and is generally passionate about state-of-the-art animation and content-generation tools for video games and films.