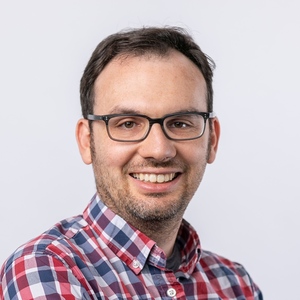 Imagine a futuristic version of Google Street View that could dial up any possible place in the world, at any possible time. Effectively, such a service would be a recording of the plenoptic function—the hypothetical function described by Adelson and Bergen that captures all light rays passing through space at all times. While the plenoptic function is completely impractical to capture in its totality, every photo ever taken represents a sample of this function. I will present recent methods we've developed to reconstruct the plenoptic function from sparse space-time samples of photos—including Street View itself, as well as tourist photos of famous landmarks. The results of this work include the ability to take a single photo and synthesize a full dawn-to-dusk timelapse video, as well as compelling 4D view synthesis capabilities where a scene can simultaneously be explored in space and time.

Biography: Noah Snavely is on the faculty of the Department of Computer Science at Cornell University, where he has been an associate professor since 2009. He also works at Google Research in NYC. He received a B.S. in Computer Science and Mathematics from the University of Arizona in 2003, and a Ph.D. in Computer Science and Engineering from the University of Washington in 2008. Noah works in computer graphics and computer vision, with a particular interest in using vast amounts of imagery from the Internet to reconstruct, visualize, and understand our world in 3D. His thesis work was the basis for Microsoft's Photosynth, a tool for building 3D visualizations from photo collections that has been used by many thousands of people. Noah is a recipient of a Microsoft New Faculty Fellowship, an Alfred P. Sloan Fellowship, and a PECASE, and was recognized in 2011 as one of the Technology Review top Innovators under 35 (TR35).