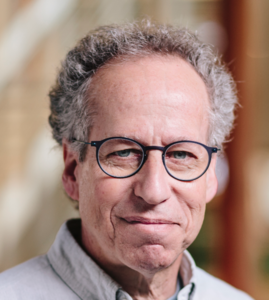 In this talk, I will take an autobiographical approach to explain both where we have come from in computer graphics from the early days of rendering, and to point towards where we are going in this new world of smartphones and social media. We are at a point in history where the abilities to express oneself with media is unparalleled. The ubiquity and power of mobile devices coupled with new algorithmic paradigms is opening new expressive possibilities weekly. At the same time, these new creative media (composite imagery, augmented imagery, short form video, 3D photos) also offer unprecedented abilities to move freely between what is real and unreal. I will focus on the spaces in between images and video, and in between objective and subjective reality. Finally, I will close with some lessons learned along the way.

Biography: Michael is the Director of the Computational Photography Group at Facebook and is also an Affiliate Professor at the University of Washington. He arrived at Facebook after two decades at Microsoft Research. He has previously served on the faculties at Princeton and Cornell Universities. The Computational Photography Team at Facebook was formed in 2015 to build new ways to share photos and videos on the social media platform, including allowing Facebook users to share 3D videos and Virtual Reality videos to their profiles.